The place of A Ponte (Arante) 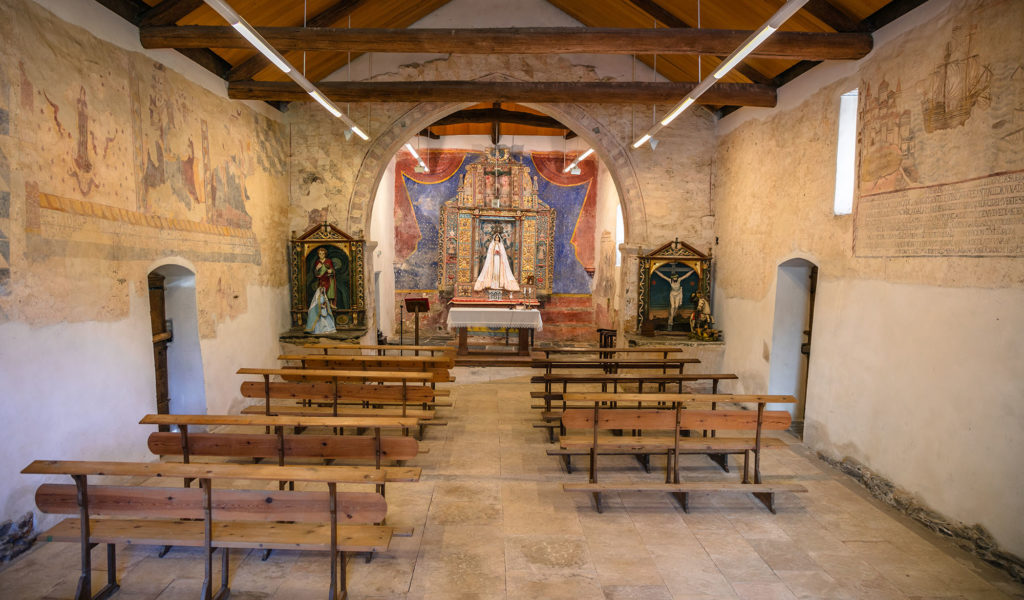 The district of A Ponte, whose name comes from the existence of a bridge where the stream from the woods of Arante and the Lexoso river join, and the temple of Nuestra Señora de las Virtudes were referential spaces for walkers and believers by the former Camino Real, today the Northern Route of Saint James, that leads from Ribadeo to the episcopal town of Mondoñedo.

In this place it is documented the hospital activity bound to the Way already from the 16th century, with the foundation of the San Andrés hospital for the poor and pilgrims. The pilgrims could only stay one night, the person responsible for welcoming them was the hospitaller, who also has to make the beds, the meals, to wash the clothes and to build and provide a fire to those pilgrims.In 1834 a big flood destroyed the hospital building and the contiguous San Andrés chapel with its images, the hospital activity disappeared then.

On the other side, Since the Late Middle Ages, the chapel of Nuestra Señora de las Virtudes was a very visited and worshiped sanctuary. Her miraculous fame, the great number of votive offerings given by the faithful, the festivities and the Marian processions celebrated, the donations collected and its setting beside the way are evidences of the attraction this sanctuary exerted for centuries and it persists nowadays.

At the beginning of the 16th century, the sanctuary had the current inner structure. It has only one rectangular nave with three semicircular arch doors, a pointed triumphal arch and a main chapel (high altar). The main chapel, the high altar and the polychrome wooden altarpiece, in Renaissance style, from the 1570.

The bishops showed a strong interest in the worship in the sanctuary. This is shown at the end of the 17th century, when the priest of Arante was authorized to celebrate two masses in the chapel, when priests could only celebrate one Sunday mass as a general rule. Likewise, the documents of that period indicate that two or three annual processions at least were made. Nowadays just one procession is celebrated on Whit Monday.