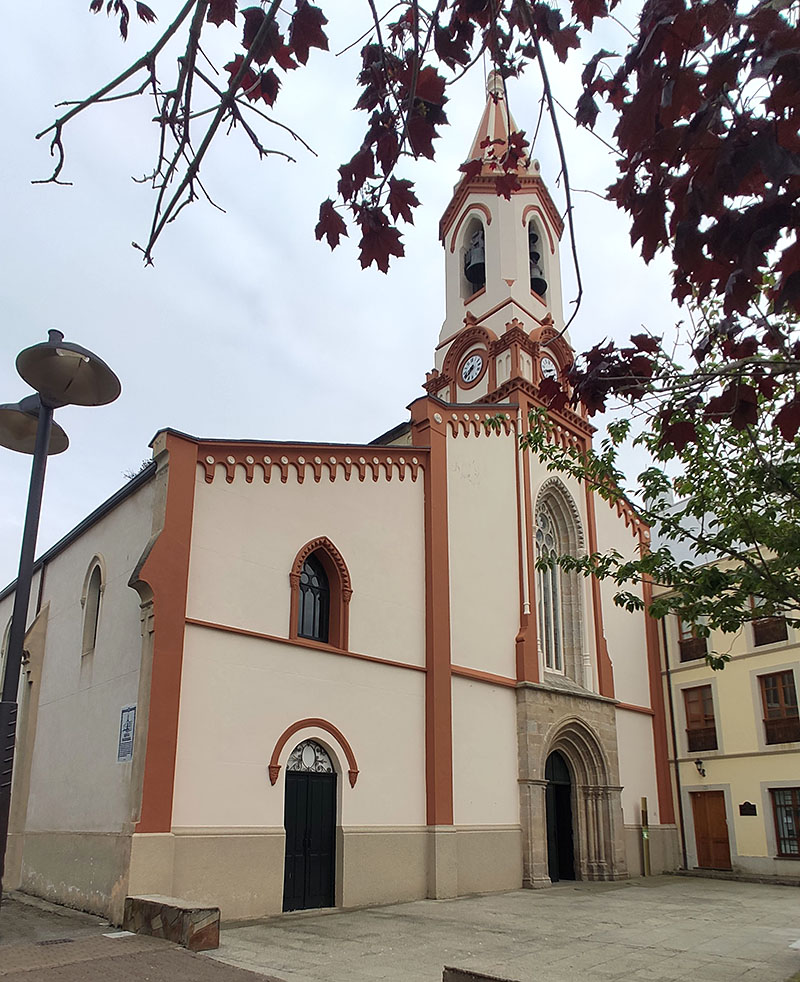 It was part of the franciscan monastery founded by Francisco de Asís, according to tradition during his pilgrimage to Compostela in 1214, when he arrived in Ribadeo because it was Episcopal see. However, the historical sources tell that it really was founded by Benicasa de Tudesco, San Francisco de Asís’ disciple.

Little remains of the medieval temple that existed until the Mendizábal’s confiscation. From then on it remained abandoned, most of the church and the cloister were reduced to ruins.

Even so, with its secularization, it was transformed into a parish church and it was renamed Santa María do Campo church. The conventual temple had one nave and a Latin cross plan, it did not have vault and it was surrounded by a shaded cloister, and a steeple in the bell tower. In 1902 the church was refurbished and enlarged, the tower, the vault and the new choir were built, and the cloister was eliminated.

The doors are in Gothic style and it can be seen in one of them the typical design of mendicant temples, the zigzag decorating the façades and decoration elements with vegetable motifs. Of the former franciscan convent only the layout of the plan, the arch to the high altar and the floor slabs remain.

Nowadays, it has three vaulted naves and a special chapel, where the entrance to the former chapter hall is masked. From the ancient retables, it preserves the main altarpiece, the one of San José and the one of San Antonio. It also preserves part of the old choir and serveral images, among them the one of San Pedro, which belonged to the guild of navigators of Cabanela and Porcillán.