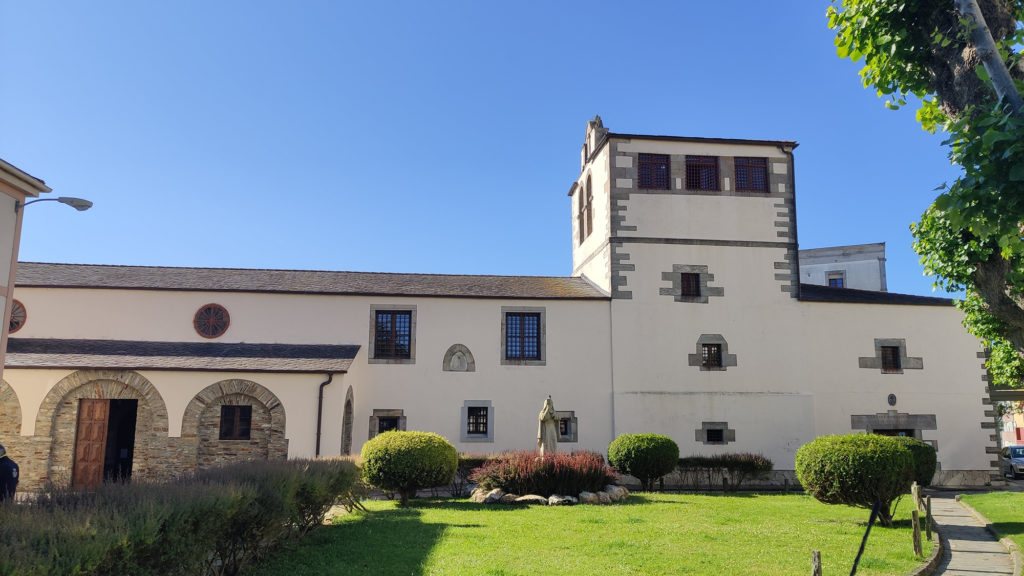 Originally, in the 11th century, it was a ‘beaterio’. It became a convent in the 14th century. Above the gateway there is a legend that says “Haec est domus paupertatis” (this is the house of poverty), words that Santa Clara ordered to put on the doors of her monasteries. The square ground plan tower stands out with double rounded arch and topped with a steeple.

After a great fire suffered in the 16th century, it is rebuilt and its state is considerably improved. It became, in the 18th century, one of the best temples of the province, by counting the community with important incomes it brought together.

At the beginning of the 19th century, due to the invasion of the town by the Napoleonic troops, the French occupied the monastery to stay, they expelled the nuns and seriously damaged the building, which would suffer the loss of a great part of its archive.

Between 1810 and 1812 the building worked as military hospital and afterwards as hostel for transient patients.

At present the convent is composed by a rectangular building that preserves inside the original framework. The church has one nave with triumphal arch leading to the chancel.

The central cloister, from the 18th century, forms a square with rounded arches on the first floor and a simple coffered ceiling. The third floor has two wings with open arches. It has a monastic kitchen from the 17th century.

Nowadays it is an enclosed convent. You can visit its chapel and go to daily mass at 9:00 hrs.