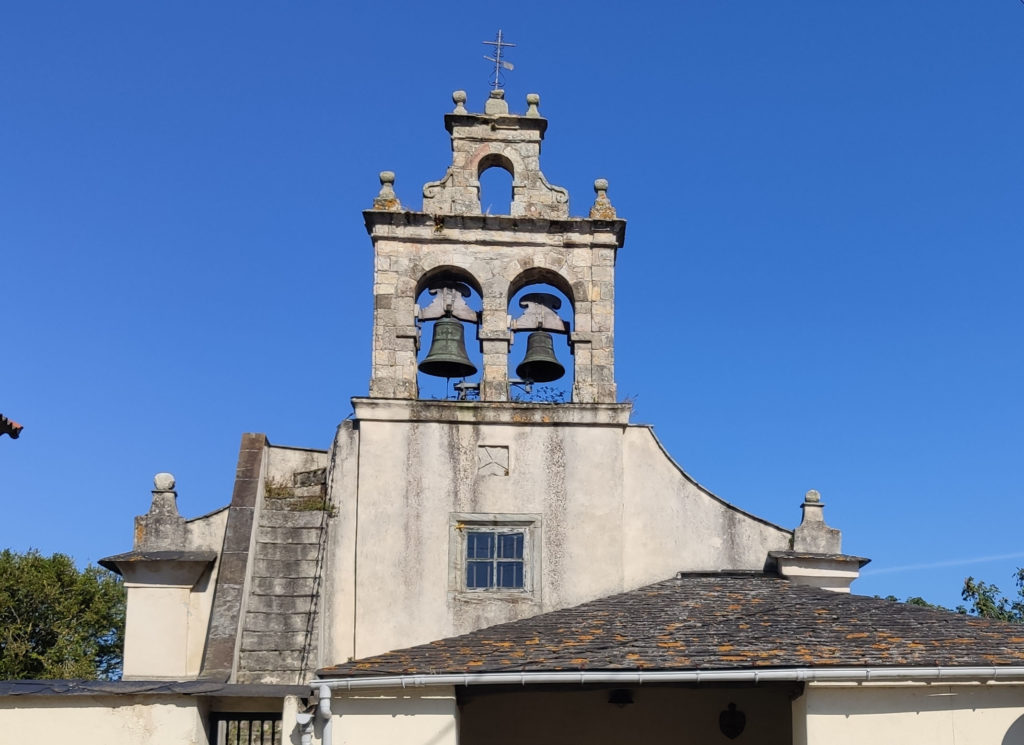 It is in the village centre and it is accompanied by several raised granaries and traditional houses nearby.

Although its origin is medieval – perhaps there was a monastery before 1100 -, the current building is from the 17th century and it was refurbished later.

Its façade is dominated by the cross of the Hospitable Order of San Juan of Jerusalem, also known as the order of the Hospitable Brothers, it was born in the 11th century as a hospitable order that provided assistance to pilgrims to Holy Land, later, during the Crusades, it became an order of chivalry. Its expansion in Galicia followed the pilgrimage routes to Compostela, and Portomarín Hospital was its main foundation.

It had one house in Ove (in the Middle Ages already made of stone and surrounded by a wall), it was subsidiary of Portomarín and it worked as a minor support point and to collect the rents from the properties the order owned in the area.

It has a rectangular plant with a gable roof over a wooden frame and a false interior entablature. The façade has a bell tower with two hollows and, like other churches in the area, a portico protects the entrance.

Inside it preserves a Rococo main altarpiece, dominated by an image of San Juan Bautista, and other minor altarpieces in the lateral naves.