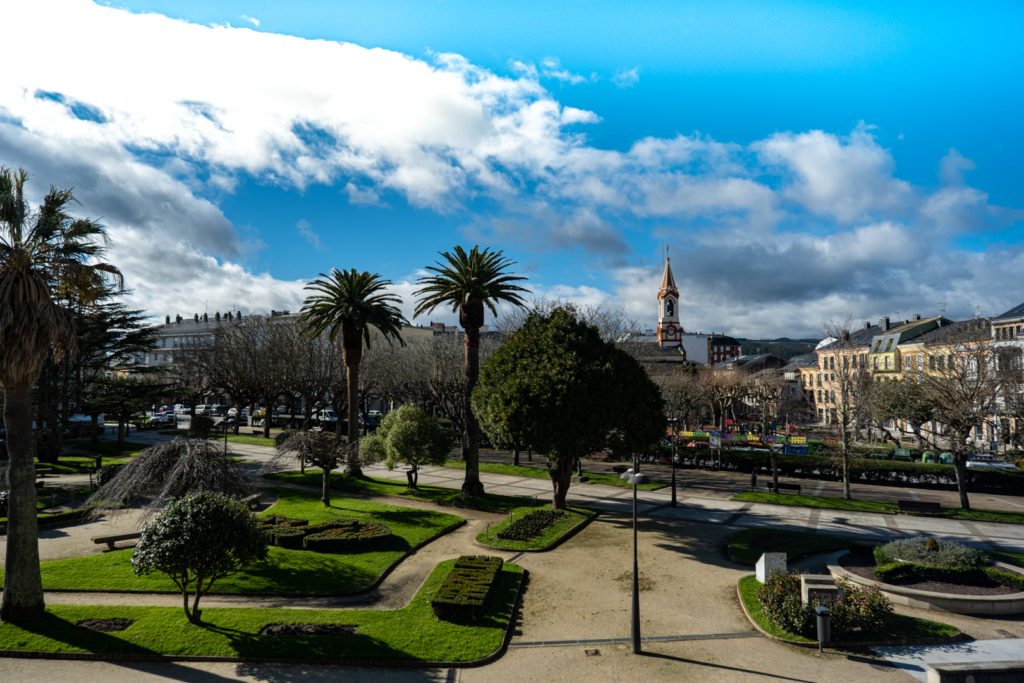 Its historical name is ‘Plaza del Campo’, because it was placed outside the town and when there was not yet the poplar grove, it served for the residents to play skittles and to do military practice. Later it would be known as the Field of Santa María.

In the second middle of the 18th century it was the promenade the most frequented and esteemed by people and at present it is the nerve centre of the town.

Constructions that allow to go round the history of Ribadeo are risen around this square, like the neoclassical ‘pazo’ of Ibáñez, the Moreno’s Tower, the Santa Clara convent or the Santa María del Campo parish church.

The first trees of the poplar grove were planted in the 18th century. It has three streets, the one in the middle paved because it was the path for the high society and it was provided with public lighting in August 1913. Those on either side made of soil were for common people.