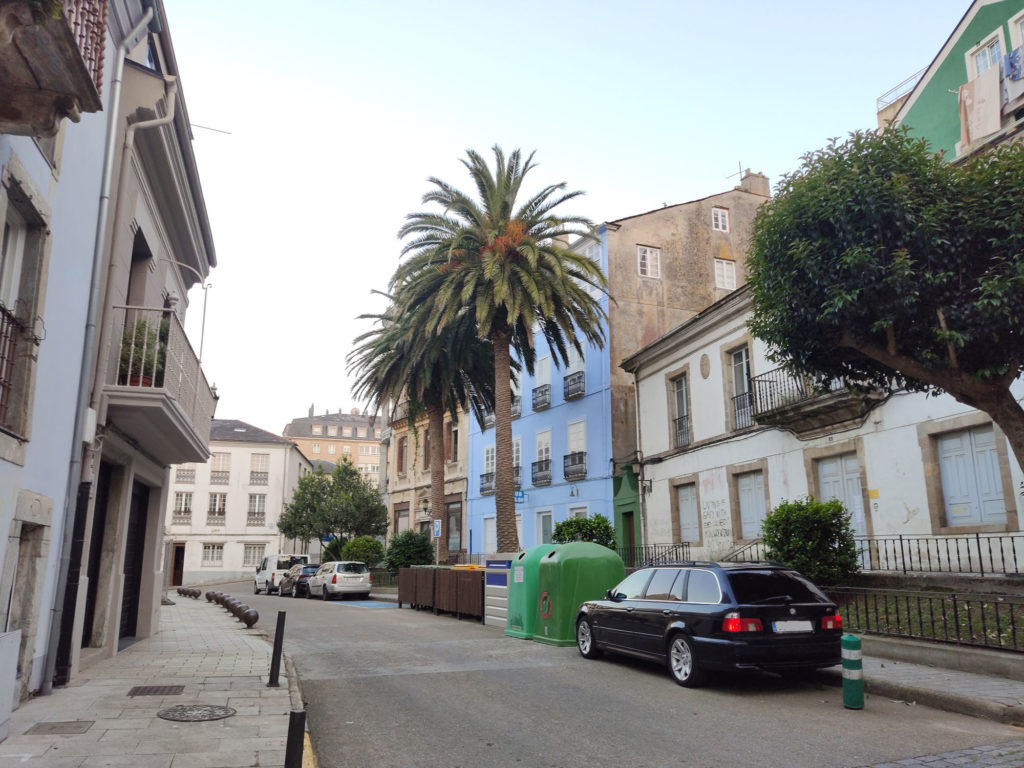 It was the biggest square of the town, nerve centre of the communal living until the 19th century.

Initially it was celebrated here the market on Sundays although it was moved to Tuesdays due to ecclesiastic pressure to devote Sundays to prayer.

Initially it had two entries, from the Trinidade street and from the Mayor street (Amando Pérez). Afterwards it was opened the entry from the Villandrando street to make easier for the carts the access to the market.

Nowadays, in this square there are wonderful buildings that reflect on their façades the history of the town. The Moreno’s tower, the former town hall, the Colón cinema. Beautiful buildings with balconies and galleries from the end of the 19th and the beginning of the 20th century and its fantastic Don Clemente’s house.