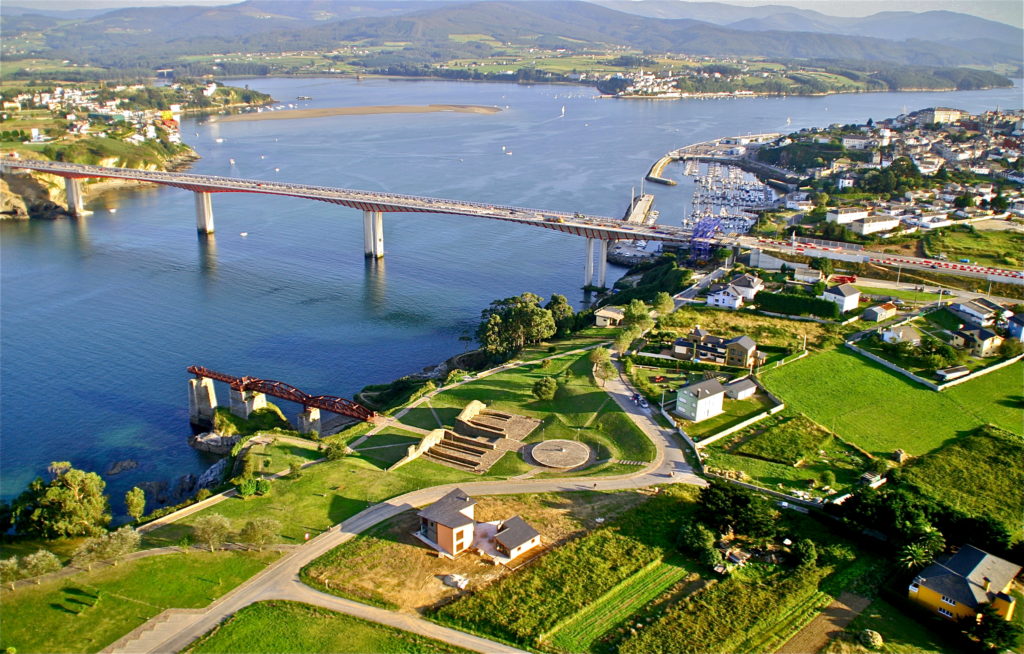 The development of the town of Ribadeo cannot be explained without understanding its close connection to its port. It is a so close association that the town was born and developed partly thanks to this.

The existence of the population centre of Ribadeo goes back at least to the 9th century, when we have the first news about this port. It is documented the existence of two villages of fishermen in Cabanela and Porcillán.

Since the Middle Ages the port develops promoted by the commercial activity and it becomes one of the most important ports of the Cantabrian coast, especially during the 18th and 19th centuries, until the appearance of steamships and the consequent decline of the leading sailing among the local shipping companies. Nevertheless, there would not be a quay until the 19th century. In Porcillán there was a beach that went as far as the surrounding area of the customs and the ships anchored on the ‘Ría’.

In the 20th century the sea trade in Ribadeo experiences a resurgence thanks to the plan developed to work the iron ore mines of Vilaoudriz, in A Pontenova. A railway is built (1903) to transport the ore to Ribadeo. The journey finished in a place called “Porto Estreito” (narrow port), where a loading bay was built to unload the ore directly to the ships through a hopper. The destinations were mainly the Basque Country and England.