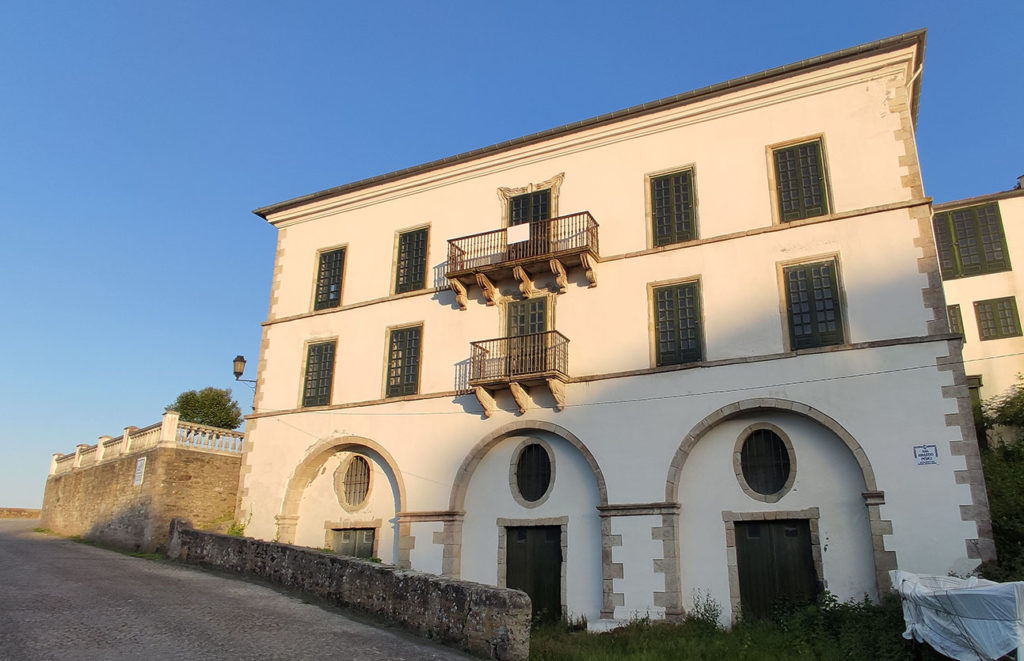 It was built as a ‘pazo’ in 1726, it was the house of Mr. Carlos Miguel Acevedo Pardo y Taboada, Captain of Grenadiers of the Militias Infantry Regiment from Oviedo.

In a Bourbon style with a tower at the back, Pedro Miranda Villaamil also lived here, a successful trader contemporary of the Marquis of Sargadelos.

It stands out its beautiful façade facing north. It is a building of three storeys with a main façade made up of three big rounded arches and openings.

The building had different uses, it was let for customs for a short period since 1800, when the pier and a ramp in Porcillán, at the end of the Angustias street (today Antonio Otero street), were built.

The spacious ground floor of the house worked as warehouses and salt warehouse.

It was also salting factory and it provided accommodation for the Poor Clare nuns from the Santa Clara convent when it was occupied by the French troops during the Napoleonic invasion. In the ‘20s and ‘30s, during the Second Republic it was devoted to children school until the Civil War broke out.