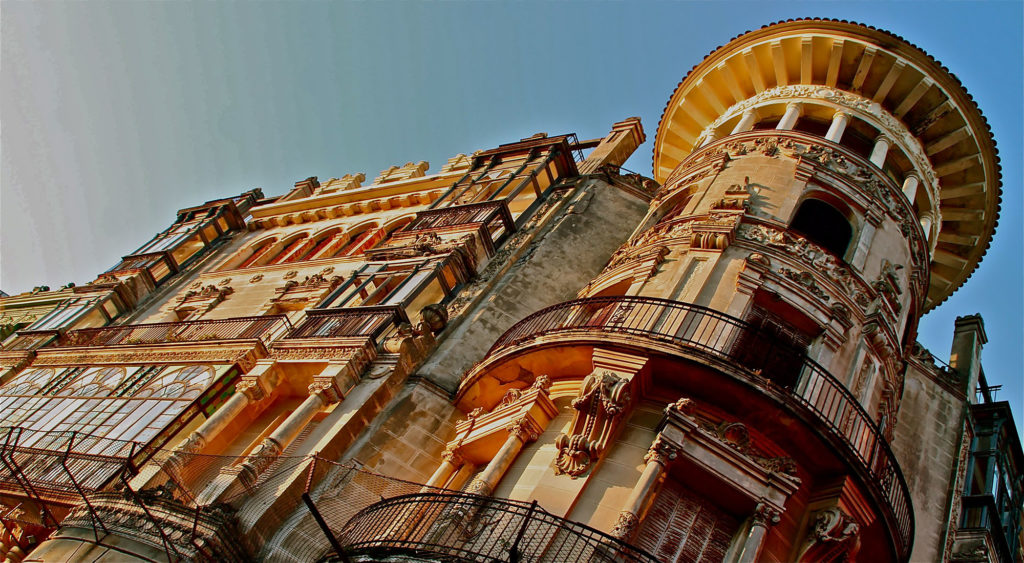 It is the architectural symbol of the town, it is considered one of the most representative buildings of the ‘indiano’ architecture in Galicia.

It was ordered by two brothers from Ribadeo emigrated to Argentina, Pedro and Juan Moreno Ulloa, and it was finished in the second decade of the 20th century.

It is strategically placed on the highest part of Ribadeo, in the site of the former Fortress. It was designed by the Argentinian architect Julián García Núñez, Gaudí’s pupil.

In an eclectic style, but with a clear modernist influence, especially from the Catalonian modernism, it was conceived as a renting house and it was occupied until the end of the last century. On the ground floor it was the Casino of Ribadeo, the Public Library, a bank office and even a funeral parlour.

It was built with new materials for that time like concrete and wrought iron, unusual in Galicia at that time. Maybe the novelty of the materials led to its premature architectural damage, since it was employed sand from the ‘ría’, which is not appropiate for construction.

It also constitutes a symbol of the ‘indiano’ progress.