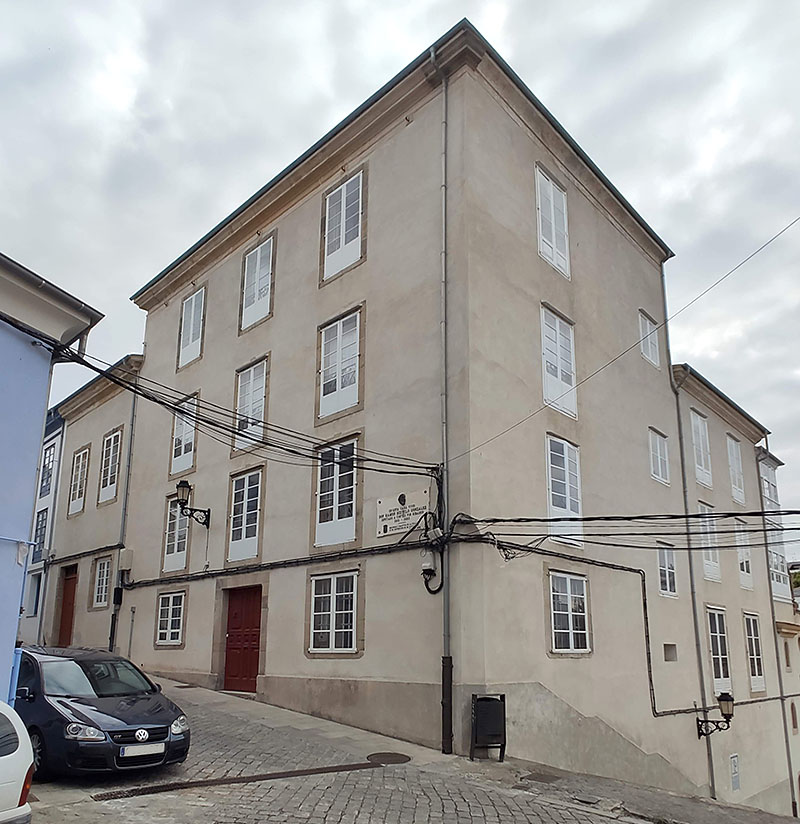 In 1839 Francisco Antonio de Bengoechea, trader of Basque origin, settled in Ribadeo and built this house.

He creates the Bengoechea banking and trade house, devoted to commercial, shipping and bank activity, at the beginning of the 19th century and it would work for over a century.

Bengoechea had thirty-three merchant ships of different kinds. With the smallest he did coasting trade and with the biggest he sailed the seas, with regular lines to the Baltic and especially to the Caribbean.

At the beginning of the 20th century Mr. Ramón Bustelo González inherited this house. In this house his daughter Mercedes Bustelo was born, mother of the ex-president of the Spanish government, Leopoldo Calvo Sotelo Bustelo.

Calvo Sotelo, although he was born in Madrid, was bound to Ribadeo (since 2002 he hold the title of Marquis of the ‘Ría’ of Ribadeo), spending part of his childhood in this house, as he wrote in his book “Pláticas de familia (1878-2003)”.