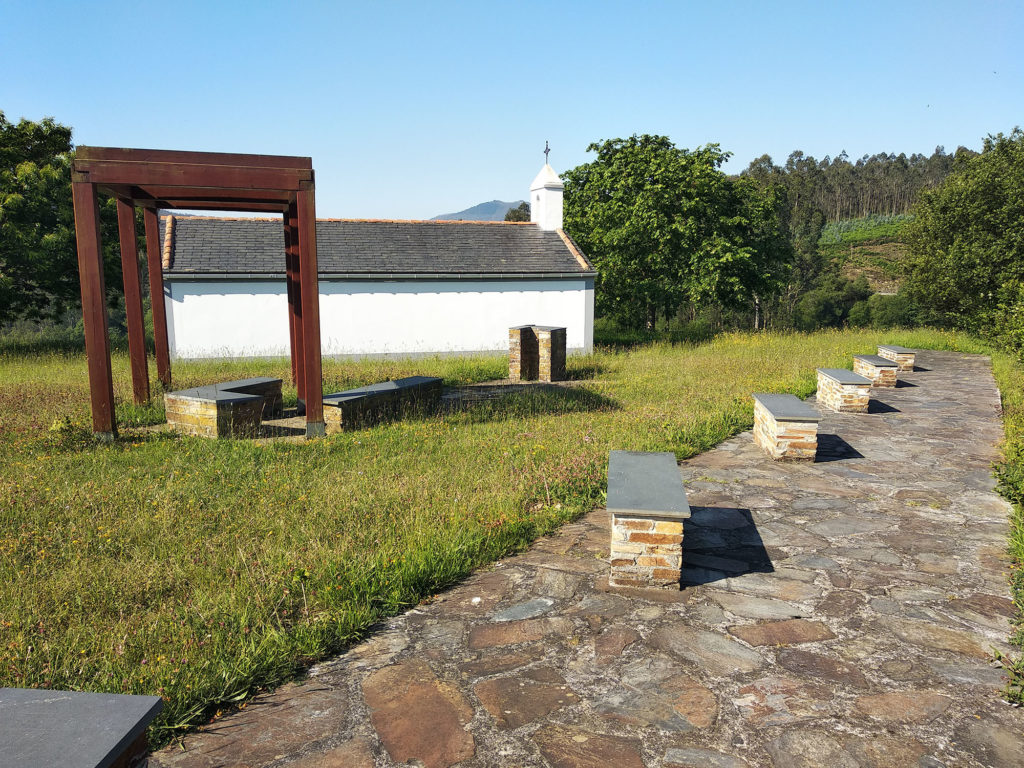 Passed the place of the “Casa da Edra”, the pilgrimage way reaches the parish of San Vicente de Covelas by the place of Vilela The centre of Vilela is very ancient, as it already appears in 1131 as belonging to the monastery of Lourenzá.; the presence of the monks would explain its early development. In the 12th century it became an asset of the council of canons of Mondoñedo.

Its urban planning is typical of towns crossed by an important route, with houses all along it and minor roads that meet. Nowadays it shows some good examples of traditional architecture but it is far from being the active centre that in the 18th century was able to maintain two taverns opened.

Its charming chapel that honours the patron saint of seafarers, is a simple building, walls covered with concrete, with a gable roof made of slate. As a result of popular devotion, its only nave is dominated by the image of the Virgin, accompanied by San Marcos and the Dolorosa.

In the atrium, an illustrative blueprint marks the stages of the way within the municipal boundary.