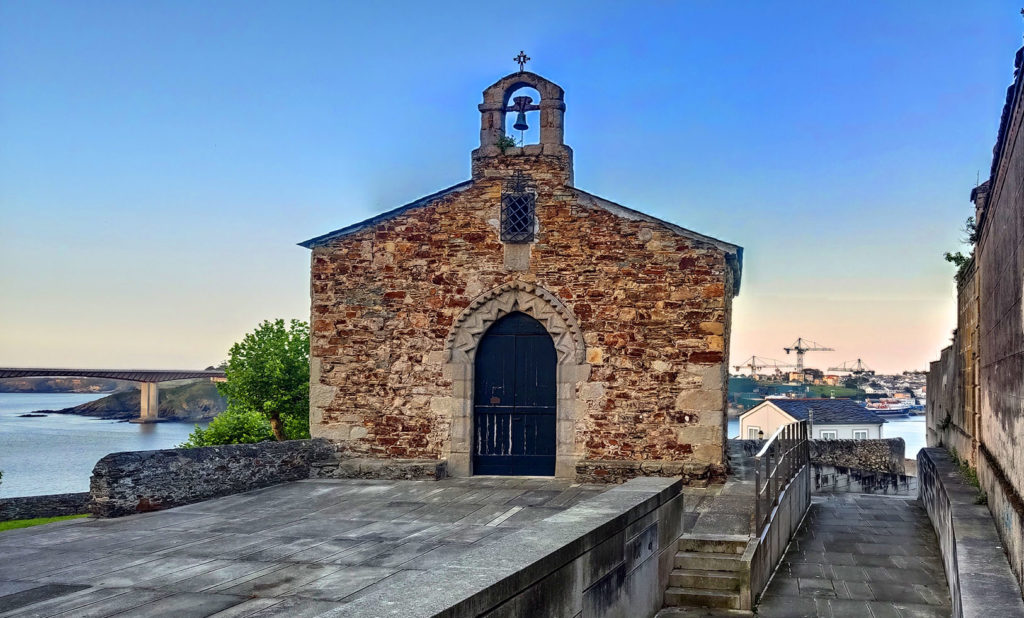 It is one of the most ancient temples of Ribadeo, built in the 12th century over sections of the former walls. It might be the most emblematic point of the old town

Due to its strategic location on a promontory above the port, in the Middle Ages the place was used to guide the seafarers by means of bonfires. In the 16th century a defensive bastion is built, it would be incorporated within the defensive system of the town and it was abandoned around the middle of the 18th century.

In this chapel, consecrated to the Holy Trinity, the guilds met and it was celebrated the open council, when there was not the current town organization. The open council was a general meeting of elector residents that took place every 1st January.

The chapel underwent several alterations over the time. At present it preserves the Gothic main door from the 14th century, with a zigzag ornament (like the one on the doorway of the current Santa María do Campo parish church) and two human heads at both ends, above the door we can see the coat of arms of the town. It has a nave, a triumphal arch and a presbytery.

Inside it has three altarpieces. The major, from the 18th century, belonged to the former Santa María collegiate church, and it was moved to this chapel when the temple was knocked down. It has carvings of varied chronology, like the incumbent image of the Holy Trinity and a water font set in a Gothic column.