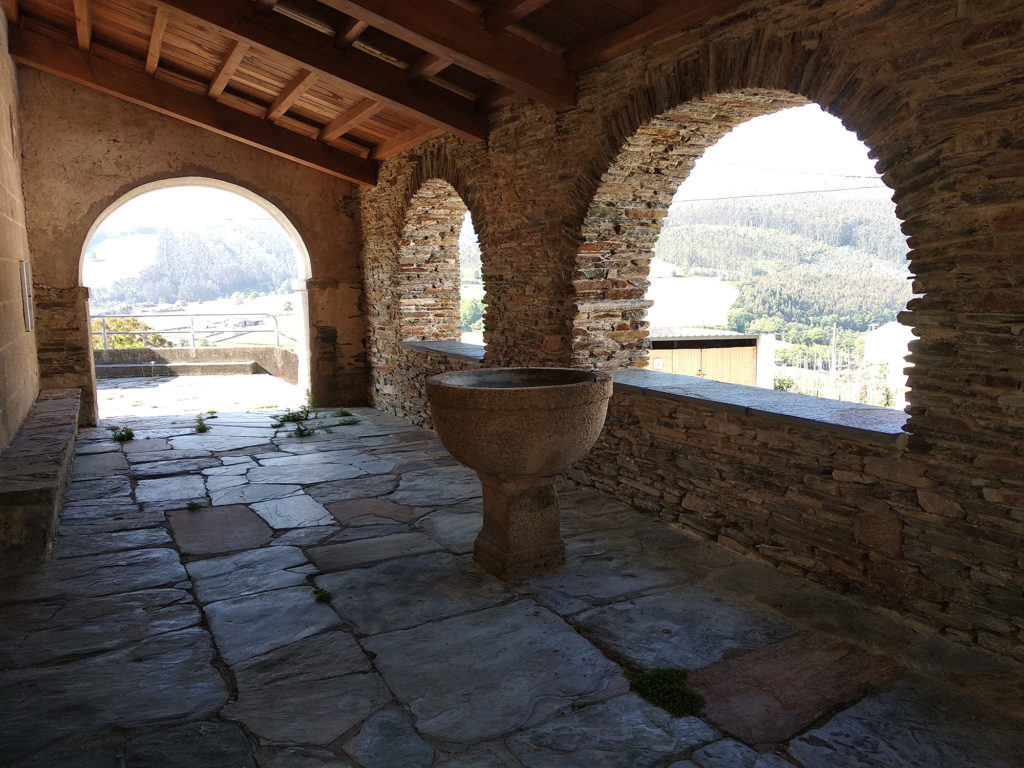 In the place of San Vicente, the parish of Covelas has its see. With a certain historical air, its more ancient houses follow the traditional shapes and they line up along the Way, which has the top on the church; the most recent houses are in parallel with the current road, including a charming chalet with an ‘indiano’ air. Since they are arranged to the shape of a street, at the back of the houses there are the sheds and the raised granaries, sometimes in implausible positions. The view over the valley of Cedofeita is wonderful and it includes an unusual panoramic view of the ‘pazo’ from the 16th century founded by Lope García de Cedofeita. Behind the church it is the picturesque district of A Rúa.

Its parish church is one of the oldest churches of Ribadeo, since it is named in the formation documents of the Monastery of Lourenzá (10th C.). However, the current church is a magnificent building from the 17th and 18th centuries, which was gravely damaged during the French invasion. It is a large temple, with three naves separated by arches that sit on pillars and pilasters from which transverse arches rise up to the three naves.

The central nave is covered by a vault with crescent-shaped lunettes, which go throughout the vault sides in order to introduce natural illumination.

The portico holds the baptismal font and inside several altarpieces are preserved with carvings from different periods, the 16th century image of Santa Catalina stands out, and other of Santa Bárbara, in a baroque style.