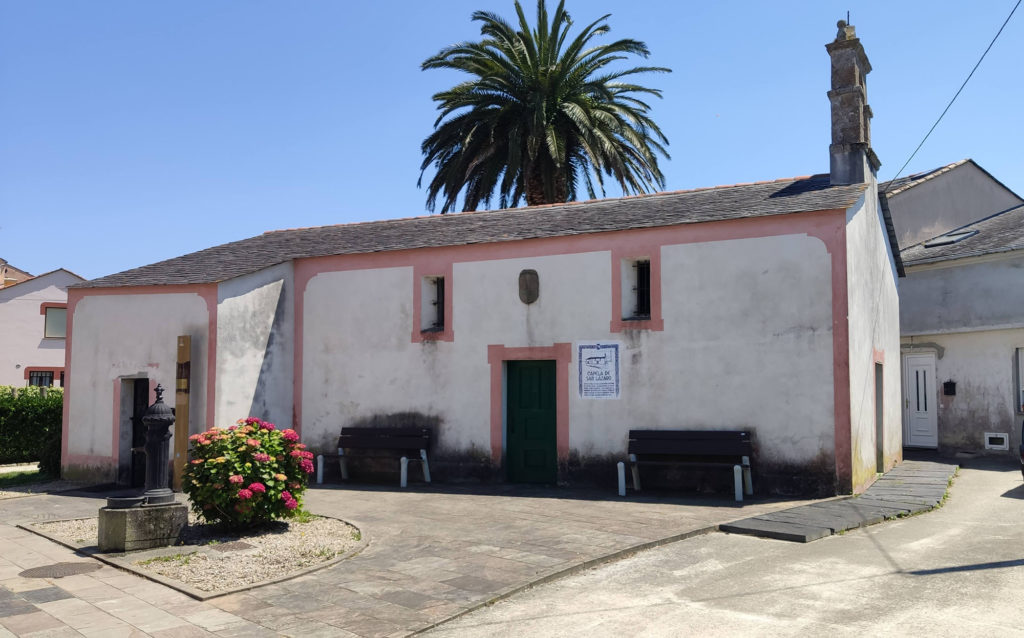 It is in the district of the same name, at the foot of the former Camino Real that led to Mondoñedo, nowadays it is an obligatory step for pilgrims who take the way towards Santiago.

The chapel, like the hospital, was always very humble. The former San Lázaro Hospital, where leprosy patients were looked after, worked in Ribadeo at the beginning of the14th century. The local government and the parish priest were its patrons, and they appointed the priest and the religious administrator. It disappeared in the second third of the 18th century, when it merged with San Sebastián Hospital in 1766. At present, no remains are preserved but the current chapel, rebuilt in 1884.

It has a rectangular plant, with a barrel vault and a gable roof, a triumphal arch and a rectangular major chapel. Over the lateral door the coat of arms of Ribadeo made of stone can be seen.

In the left door, kept behind bars, there is a small altar with the image of San Lázaro, patron saint of lepers and the poor. That is why hospitals in general, especially those for infectious, and more often those for lepers, were called “lazaretos”. The name of Lázaro is related to resurrection and charity for the most defenceless ones.