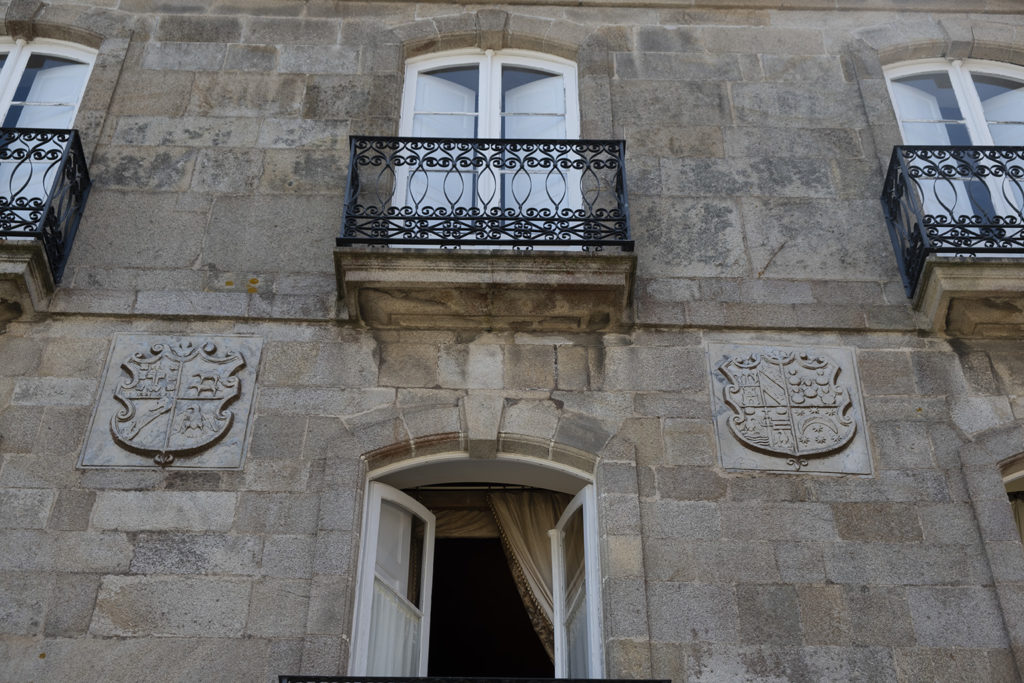 The linking of the Miranda with Ribadeo is ancient. Together with the Menéndez Navia, Sierra, Ribadeneira or Aguiar, they are the timber sea traders great noblemen during the 16th and 17th centuries.

They became related to other families of the period like the Osorio or Villaamil, obtaining important responsability positions in the town. Pedro de Miranda y Osorio would hold the post of sergeant and arms governor (17th century), and Fernando Miranda y Olmedilla (dead during the first Carlist War) was judge and later member of parliament and commander of the National Militia.

The noble house of the Miranda has a ground floor and two storeys, with three balconies with railing of grating cast iron and, on the ground floor, three solid wooden large gates with mouldings. The central door with double leaf, glass transoms and a gate made of wrought iron is the access to the house. Its façade is built of masonry and, between the central balcony and the first floor, on the upper part, we can see two coats of arms made of white marble and in very good condition.

They might settle in this house around 1590 to develop their activities.