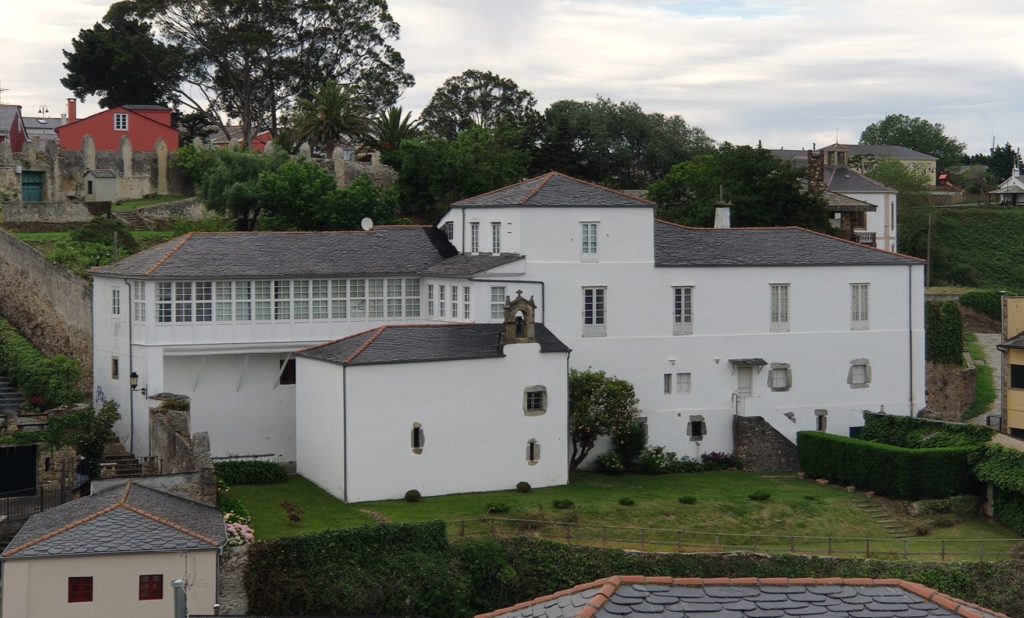 Building from the 18th century founded by Bernardo Rodríguez de Arango y Murias Mon, nicknamed ‘El Indiano’. He was born in Santa Eulalia de Oscos in 1704, he inherited his uncle José Fernández de Murias Mon’s fortune, businessman and trader who made his fortune in the West Indies and acquired the title of nobleman.

He settled in Ribadeo in the ‘30s of the 18th century, from where he began to manage the whole fortune and founded several pious organizations and chaplaincies.

One of the most usual elements of Galician ‘pazos’ was their chapel. Here the chapel is on the back of the building. It is devoted to the Virgen del Rosario de Chiquinquirá, patron saint of Colombia, to whom Bernardo Rodríguez de Arango professed a strong devotion, and also to San Bernardo.

Another outstanding element of this building, and typical of the ‘pazos’, is its tower. As we can see it has also a gallery, with great views over the port, the ‘ría’ and the old town. It is surrounded by a wall and on the front entrance there is a beautiful garden with a stone cross as a key element.