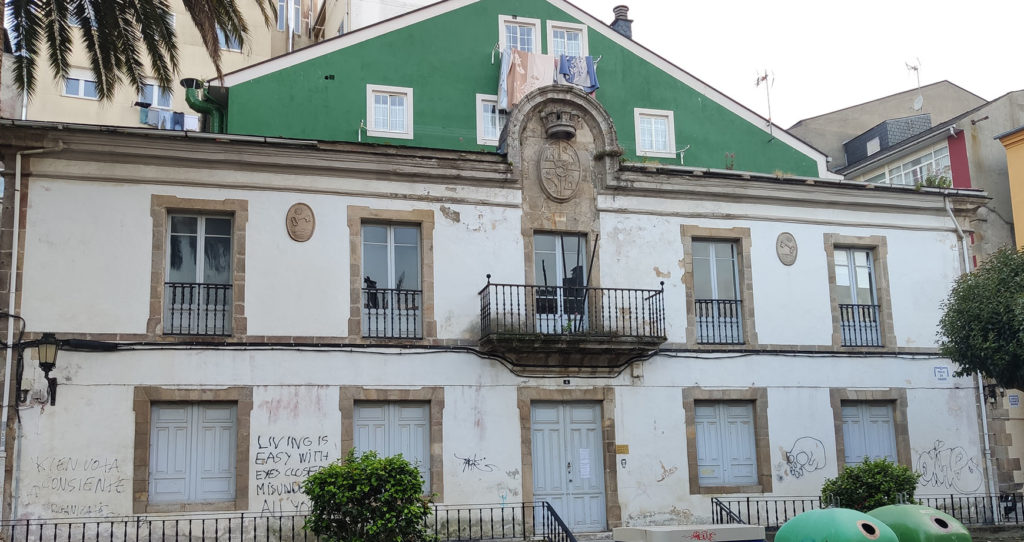 It was built in 1568, after having fallen down the old one sited in Porcillán. The ordinary coucils were celebrated here.

In 1751 the façade was renovated and at the end of the century, in 1795, it was reconstructed in the running of the foremen Antonio vidal and Juan Jarén. It was then when the balcony balustrade made in Sargadelos was placed (1798).

From 1800 the coats of arms on the façade are sculptor Santiago Baamonde’s doing.

On either side the coats of arms of the town, whose special feature is their oval shape and the position of the key. Each of them tries to find symmetry, instead of showing the key in a vertical position and the wards on the upper part to the right.

It attracts attencion the one dominating the façade. It is the coat of arms of Spain, with two modifications: the small one in the centre is the coat of arms of Ribadeo, instead of the fleur-de-lis (symbol of the Bourbon monarchy), and the most spectacular it is the typical wall crown of the Second Rupublic, when the royal crown is replaced with the one we can see today